“Storms make trees take deeper roots” said Dolly Parton. Kalahysteri learned Dolly’s lesson: with their feet on the ground and their eyes looking ahead, Kalahysteri crafted 10 new songs, travelling into a parallel universe leading the listener to the core of popular music.

Kalahysteri songs are naked and raw, thriving and intriguing, deep and dreamy. Their debut album is a color palette that stretches from blues to power pop, from european folk to rock’n’roll and crafted into something new: 10 modern pop songs played with traditional instruments.

On june 2016 Kalahysteri recorded their first album at Outside Inside Studio with producer Matt Bordin (The Mojomatics). The album release is due next fall. 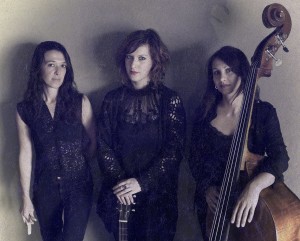