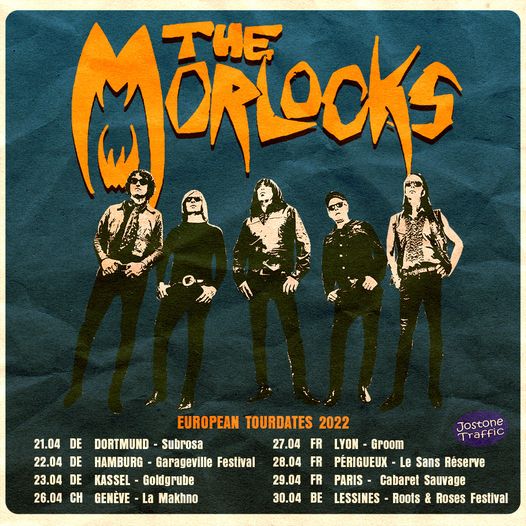 Composer Credits : Music composed by The Morlocks , all lyrics written by Leighton Koizumi

Both as a band and as individuals, The Morlocks have earned their stripes on the rock and roll circuit. Hailing from Los Angeles, The Morlocks are staples of the city’s world-renowned music scene. Through break-ups, break downs, personnel changes, changing cities and shifts in popular culture, The Morlocks have continually grown stronger at what they do best even as they died their many deaths. In the process, The Morlocks have built up a die-hard following and originality. Where others would have bled out long ago, The Morlocks get stitched up and keep going.

Surprising, then, that in 1999, Spin Magazine printed an inaccurate story declaring the death of their energetic, charismatic lead singer Leighton Koizumi (also fronting the Gravedigger V). Needless to say, Leighton (far from being dead) continues to lead the charge, a duty he has held since the band’s debut LP Emerge. The Morlocks have continued to perform and make records, a number of which have been featured prominently in movies, television shows and video games.

Now , the re-vamped & resurrected Morlocks are ready to spread their wings like a Phoenix rising from the ashes ….

Currently based out of Düsseldorf, Leighton has inlisted a who´s who European fuzz masters… Starting with Rob Louwers – drums ( Fuzztones, Q-65, Link Wray) Oliver Pilsner -Bass ( Fuzztones, Cheeks, Montesas, Magnificent Brotherhood) Bernadette – Guitar ( Sonny Vincent, Humpers) and Marcello Salis ( Gravedigger V, Hangee V), The Morlocks have been secluded in their secret European lair . planning and plotting a new set along with classic fan favorites! You can expect a whole new trip, including new recordings, new tours, new merch, and a new « live » show guaranteed to melt your mind, make your ears bleed, put some boogie in your backseat, and leave you with an intense feeling of wanting more…

As the saying goes, “ your only as good as your last record “, is a perfect segue way to report on what  The Morlocks are doing currently in 2017.  Which find The Morlocks working in their underground lair , on a brand new full length album !!! Having not released a new LP.  since “ Play Chess” 2010. Needless to say the Morlocks have already started pre production on the record and are slated to enter the studio at the end of Aug. With so much expectations and anticipation awaiting this new release of 10 brand new original compositions plus more , it´s no wonder The Morlocks have only a handful of live performances for the rest of 2017.

But don´t you worry your pretty little head!!! With the new album, “ Bring on the Mesmeric Condition “ planed for release in early 2018 , on “Hound Gawd Records” The Morlocks plan to do extensive touring in 2018 in support of their new records …

Through the twists and turns of rock and roll’s unending stretch of highway, The Morlocks have proven themselves to be road warriors and survivors. Today, as they prepare to take on the world, The Morlocks continue to see themselves being placed in the ranks of the most mysterious, respected and legendary American and European garage punk bands. 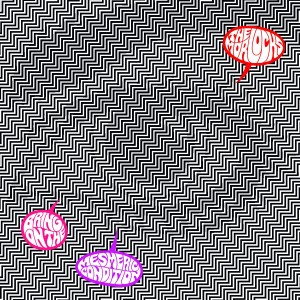 The Morlocks – Bring On The Mesmeric Condition