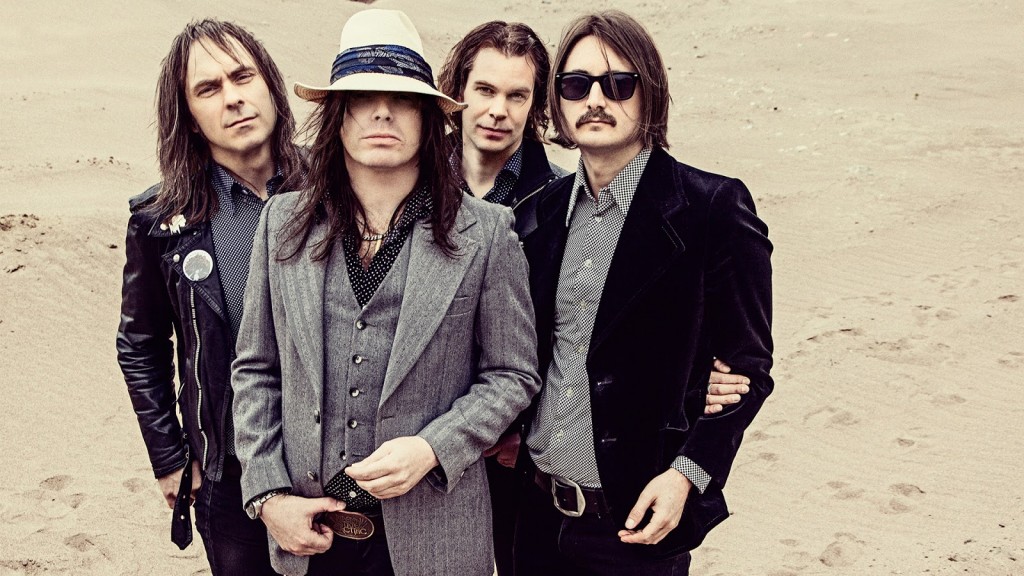 The band, with Nicke Andersson as its driving force, has toured constantly since the release of last years critically acclaimed « Honk Machine » (August 2015), and the expectations for this autumns release are set sky high.

The limited time period between « Honk Machine » and « All Through The Night » poses the question, and rightly so, how has the band has found time and creativity to record yet another album? Nicke’s answer is clear: « We play rock ‘n’ roll music, if it takes four years to make a rock ‘n’ roll record then you have most likely over analysed an art form that isn’t meant to be analysed at all. You should feel it and to me, this feels real good. »

So, what are the immediate impressions of ”All Through The Night”? At the first listen, it is clear that the band is back with another strong album that takes you on a journey through well-known Imperial State Electric country with sparkling riffs, infectious melodies and simple but refined songwriting. However with each preceding record ISE have enjoyed raising a few eyebrows and expanding into some new territory. This new album is no exception, with the country tinged duet with Linn Segolson – « Break It Down »and the sweeping Spector-like strings of the title track – ”All Through The Night”. Nicke Anderson and Imperial State Electric have an artistic expression that may seem almost too easy. But believe me (if not me, believe Tom Petty) – what Imperial State Electric do is not an easy thing, many have tried and almost as many have failed. With « All Through The Night” Imperial State Electric proves that they have raised their game another notch. Sure, they subscribe to the school of « less-is-more-greats » like Cheap Trick, The Clash, Tom Petty and The Ramones, but somehow they manage to make this fresh and vital as opposed to retro and overdone. On “All Through The Night », the band is everything and a little more than what you can ask of a rock ‘n’ roll album, whether the year is 1967 – 78 or 2016. « All Through The Night » was recorded in Nicke Andersson’s studio The Honk Palace and was mixed by Frans Hägglund (Samling, Last Days of April, The Hives).

”All Through The Night” is released September 23